NEW DATA: Use of Force 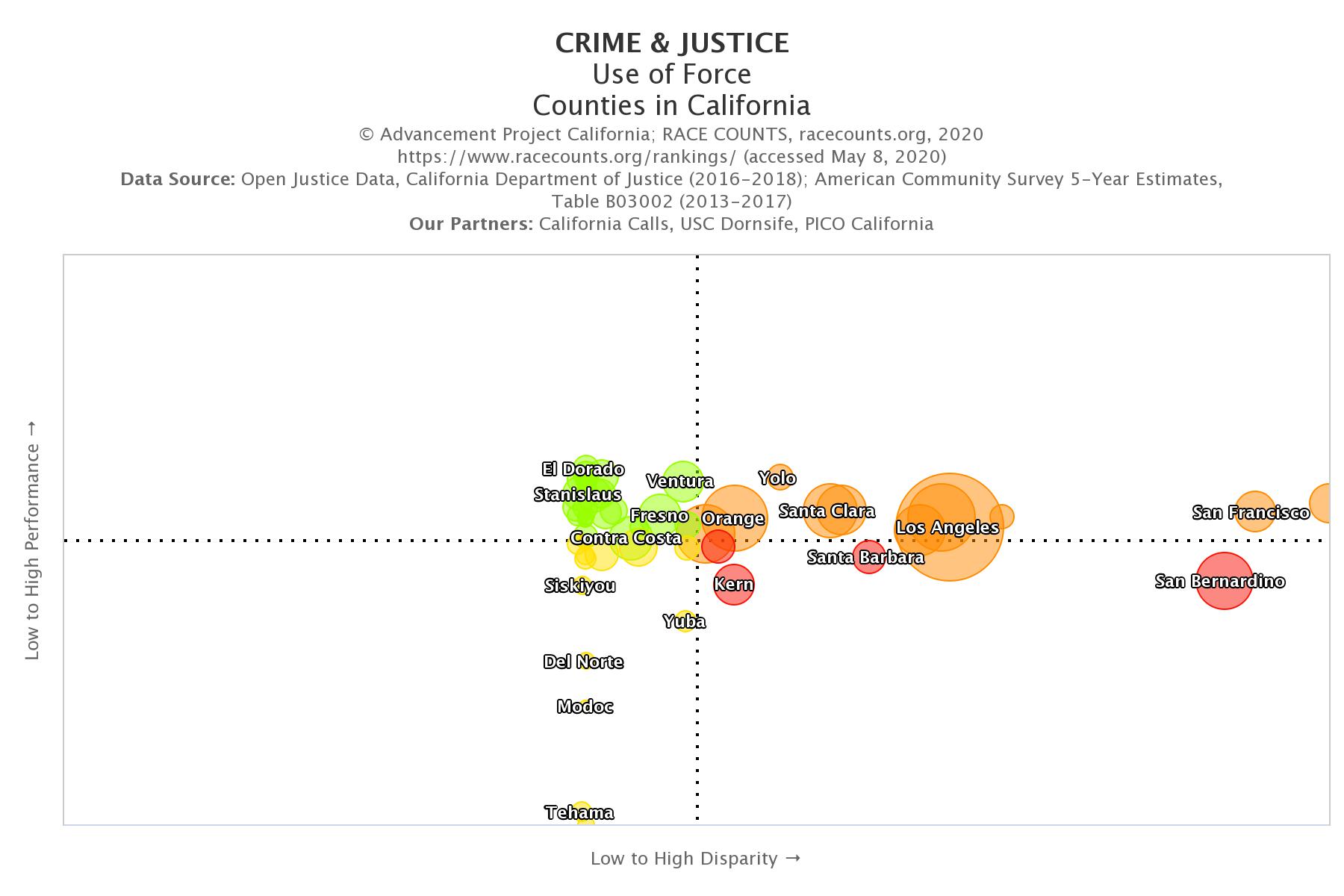 Statistics on civilians involved in police use of force incidents from the California Office of the Attorney General are now available on RaceCounts.org. Calculated averages from the years 2016-18, speak to the stark disparities in the way communities of color are policed.

Performance: Marin County had the lowest average police use of force rate between 2016 and 2018. On average, law enforcement used force on less than one in 100,000 Marin residents each year. Glenn County had the highest average rate, where 14.3 out of every 100,000 residents had police force used against them.

Impact: On average, law enforcement used force against 2,410 Californians annually between 2016 and 2018. Forty-five percent of these residents were Latino/a, however Latino/as comprise only 39% of population overall. Note: we’ve correspondingly removed the less all-encompassing police fatalities indicator. Click here for data.