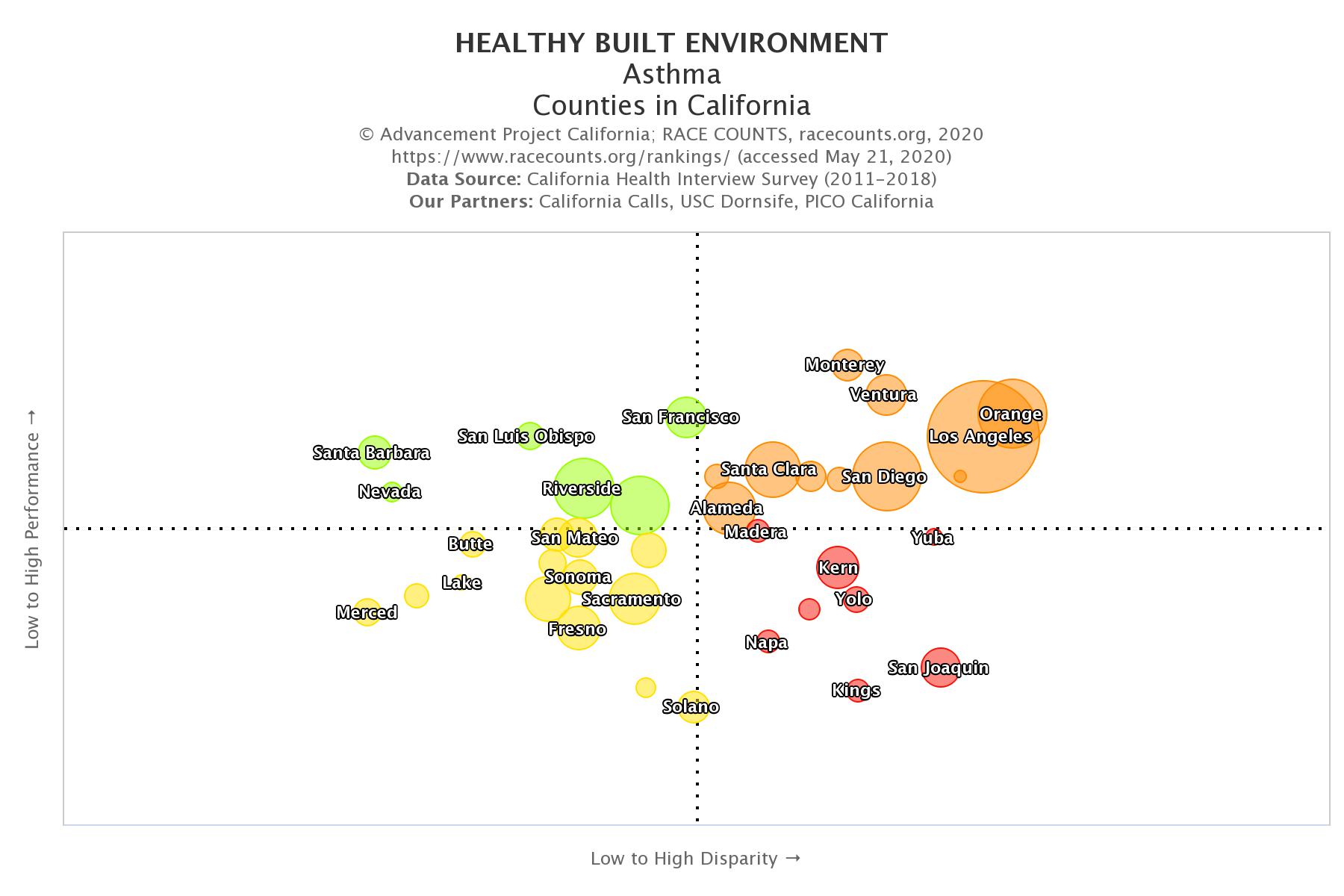 Statistics on asthma diagnosis from the California Health Interview Survey are now available on RACECOUNTS.org. From the years 2011-18, these estimates include people who have ever been diagnosed with asthma. Risk factors for asthma can include exposure to cigarette smoke, microbes in the environment, and poor air quality from pollution or allergens.

Performance: 14.7% of Californians reported having ever been diagnosed with asthma between the years 2011 and 2018. Solano County had the highest asthma prevalence rate with 21.4% of its population having been diagnosed.